Pipar\TBWA has been nominated for one of the Cannes Lions for the UN Women HeForShe campaign, “Gender-based violence is closer than you think.” The campaign is nominated for the Glass Lion in the category of public good which recognizes advertising that is intended to “change the world with a positive impact on issues such as deep-rooted gender discrimination, imbalance or injustice.”

The campaign was chosen as the public service advertisement of the year at the Lúðurinn (Trumpet) – Icelandic Advertising Awards, and campaign of the year by the Association of Icelandic Illustrators (FÍT).

When the campaign was launched in September 2018 it immediately attracted a lot of attention and strong reactions across Iceland. In the campaign video, a group of men, known and unknown, read out women’s true stories of gender-based violence from various parts of the world. They find out, in the middle of the reading, that the victim in one of the narratives is sitting opposite them. This brave woman, Sigrún Sif Jóelsdóttir, had been initially anonymous but later appeared in the media.

The project is one of the most difficult and delicate we have worked on. The whole process took a lot of time but it has been well received and we are grateful, moved and proud.

The Cannes Lions is the largest and most prestigious advertising award in the world and is often described as a kind of Oscar award in the advertising industry. Entries to the competition number in the tens of thousands every year and come from all over the world. We sent two representatives to the festival which took place from the 14th to the 21st of June.

We would like to thank the staff of UN Women for their cooperation, trust, positivity and courage. Your work is invaluable. 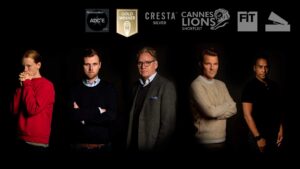 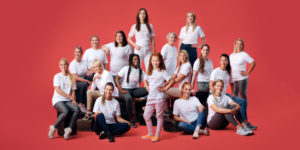 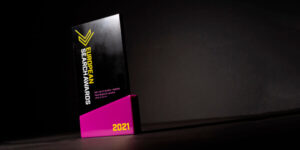 Icelandic advertising agencies have been in the news recently for performing well in various international competitions, as well as acquiring

The Rise of Radio

In 2019, for the first time radio went ahead of television and in 2020 radio reached the top spot in